Chlorine is essential in keeping swimming pools clean and safe for swimmers. Without chlorine or a chlorine substitute, pool water would quickly become a breeding ground for harmful bacteria and other microorganisms.

The use of chlorine as a pool sanitizer dates back to the early 1900s when it was first used to treat drinking water.

It was only a short time before pool operators and engineers discovered the benefits of using chlorine to disinfect pool water.

The development of different forms of chlorine allowed for greater ease of use and effectiveness as a sanitizer.

During World War I, the use of chlorine gas as a weapon led to the development of alternative forms, such as sodium hypochlorite, which could be used safely in swimming pools.

As technology advanced, so did the methods used to produce chlorine compounds. Nowadays, most swimming pools rely on chlorine in the form of calcium hypochlorite or sodium hypochlorite to keep the water safe and clean.

Calcium hypochlorite is typically produced by the reaction of calcium oxide (lime) with chlorine gas. The reaction occurs in a vessel where the two chemicals are mixed under controlled conditions. The resulting product is a white powder that can be used to sanitize pool water.

The key ingredients for the production of calcium hypochlorite are lime and chlorine gas. The lime is typically sourced from a lime kiln and is in the form of quicklime (calcium oxide). Chlorine gas is usually obtained from on-site chlorine generators or delivered in cylinders.

Special equipment is needed to produce calcium hypochlorite, including a reactor vessel, a cooling system, and a filter press to separate the product from the reaction solution.

Taking proper safety precautions when handling these chemicals and the equipment used in the production process is important, as both lime and chlorine gas can be hazardous.

Sodium hypochlorite is produced through the electrolysis of saltwater. The process occurs in an electrolytic cell, where a direct current is passed through the saltwater solution. This causes the salt (sodium chloride) to break down into its component ions, sodium, and chloride. The chlorine ions are then oxidized to form chlorine gas, which dissolves in the water to form sodium hypochlorite.

The key ingredients for the production of sodium hypochlorite are salt and electricity. Salt is typically obtained from rock salt mines or solar salt evaporation ponds. The process requires a specific type of salt which is the refined form of salt called “salt cake” or “vacuum salt.”

Electrolytic cells are required to produce sodium hypochlorite, and a cooling system is used to lower the temperature of the electrolyte solution.

Both calcium hypochlorite and sodium hypochlorite are effective as pool sanitizers, but some differences between the two compounds may make one more suitable than the other for a particular pool or pool system.

Calcium hypochlorite is a more stable and long-lasting compound than sodium hypochlorite, making it a better option for outdoor pools or pools that are not used frequently. It also has a longer shelf-life, so it can be stored for extended periods without losing its effectiveness.

Sodium hypochlorite is more active than calcium hypochlorite, which means it is more effective at lower concentrations. This makes it a better option for indoor pools. It also dissolves more easily in water, making it easier to use and apply.

Regardless of the type of chlorine you choose, properly handling and storing these compounds is important. Both calcium hypochlorite and sodium hypochlorite should be kept in a dry, cool place, away from heat and direct sunlight. They should also be kept away from other chemicals, as they can react with certain compounds and release toxic gases.

How is Pool Chlorine Made?

Pool chlorine is produced by passing an electrical current through a salt-based solution. The resulting molecules of salt and water break apart and release hydrogen and chlorine gases into the air, which are then collected, filtered, and cooled into liquid form for distribution. Bleach is added to the chlorine to reduce potential contamination or bacteria.

What is Pool Chlorine Made Of?

Pool chlorine is primarily composed of sodium chloride and calcium hypochlorite. It also contains elements such as magnesium, potassium, and sulfate in its raw form. When mixed with water, it becomes a disinfecting solution which helps keep pools safe and clean.

Where is Pool Chlorine Made?

After being packaged, chlorine manufacturers ship the product to pool and spa supply distributors. 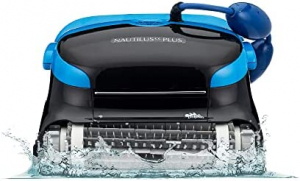 Are Liquid Chlorine and Bleach the Same Thing?

Alternatives to Chlorine for Swimming Pools: A Detailed Guide
Scroll to top